I am not doing this with rancor.  Since all of this is public and most of these links are links to court documents (or links to links with court documents), very little is my opinion.  And it isn't slander. Just the facts.  The only reason I give a damn is because there is a CREC church in my home town.   Presbyterianism is mortally wounded in northern La.  There are a few struggling communions but the CREC church is the dominant one.  And when people here I am Presbyterian, they say, "Oh yeah, just like ____________."

I have friends who, while not connected to the local CREC, are familiar with it and Wilson's doctrine.  (And can we drop the CREC act?  It's Wilson's denomination and that's that).  They will not join Auburn but neither have they divorced themselves from Wilson's theology.   I hope this post convinces them to do so.


Katie Botkin makes connections between Jamin Wight and Wilson (accessed 10 September 2015).  Some of Botkin’s implications, if this tweet is accurate, are quite interesting. 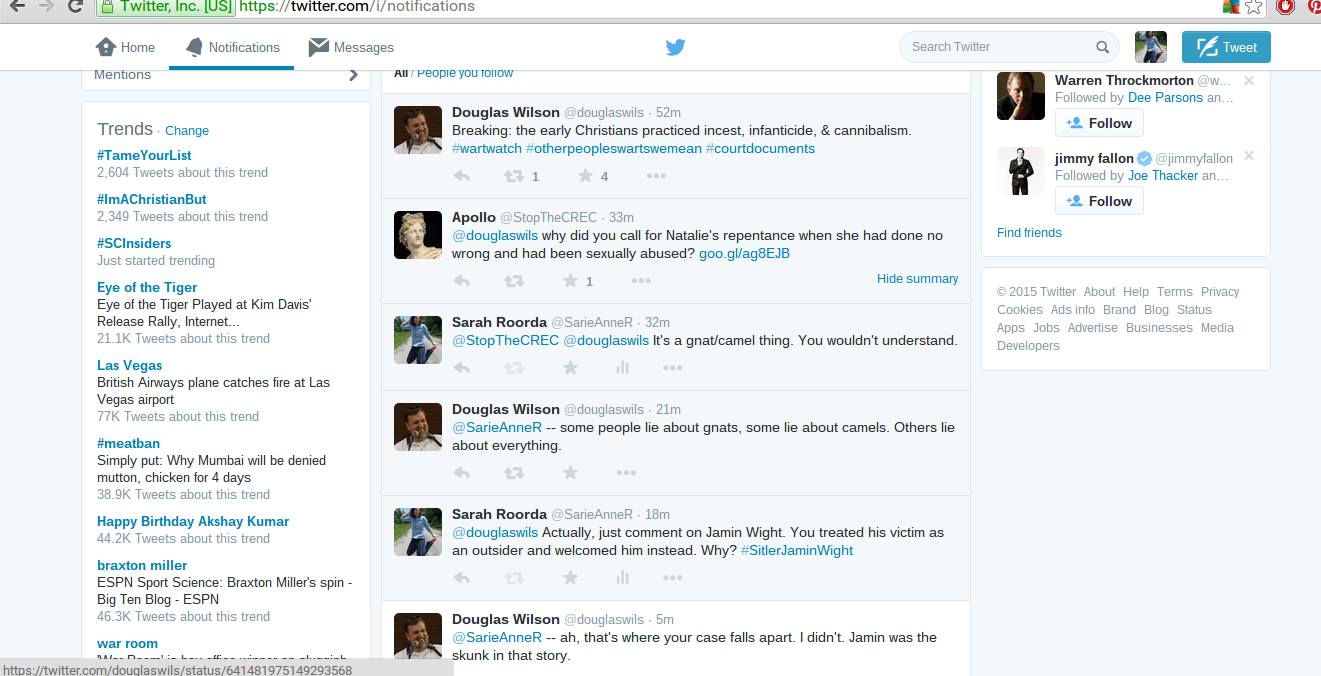 
During the Phillips-Lourdes scandal, Wilson refused to identify the victim as a victim (accessed 10 September 2015).


Some background on the Jamin Wight story (accessed 10 September 2015), with links to Natalie Rose’s blog.  It also points out that Wight was a member, not of Wilson’s church but Leithart’s.


Doug Wilson on Marriage (Botkin).  Mostly summarizes the issue but does list that there was a court recording ten days before the marriage (accessed 10 September 2015).